Why We Are Here: 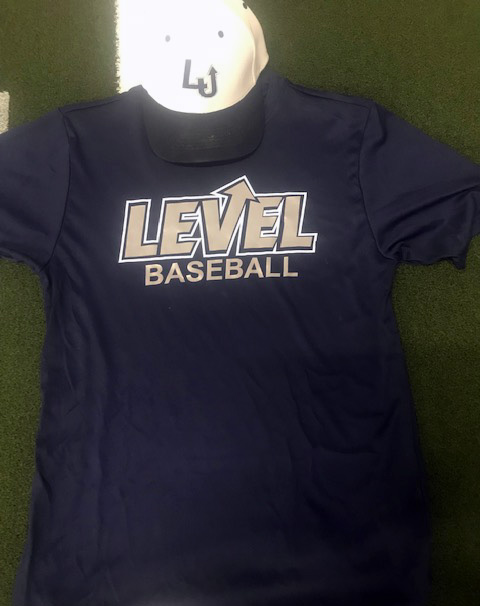 Level Up Baseball Academy is a newly renovated, large facility that is designed with players in mind. Goal-driven and experienced coaches are eager to work with young athletes to bring them to their full potential. No matter what the age or level of the player, our goal at Level Up is to bring them to just that—the next level.

Level Up Baseball Academy exists to challenge all players to grow in knowledge of the game as well as ability, all while developing strong character, interpersonal, and leadership skills.

Joe Knudsen has been coaching baseball on the North Shore for over 24 years with various travel and high school programs. He has coached KWBA, Feeder New Trier, Varsity baseball at Niles West, and is currently the assistant Varsity baseball coach at Evanston Township High School, and Head of Player Development for EBSA travel baseball. In addition, for 24 years, Joe has been a top instructor of another baseball facility and general manager for the past 7 years, training numerous MLB draft picks and collegiate athletes before founding his own company in 2022. Knudsen was also awarded National Recognition for Coaching Excellence due to his outstanding performance with various travel programs on the North Shore.

Alongside his coaching experience, Joe has three years of D1 college baseball under his belt, including a qualification for the College World Series in 1996. Joe is available for lessons for all ages year round.

Advanced Catching & Hitting
JC was a catcher at the Division 1 level for 5 years and is currently in the offseason of his first year as a professional baseball player with the West Virginia Blackbears in the MLB Draft League. He recently completed his graduate year at Northwestern University in 2022. JC is originally from Northern California and attended Saint Mary’s College of CA where he competed in the West Coast Conference (WCC). At Saint Mary’s, JC was a 3-year starter earning Team Captain Honors as well as being named a member of the WCC All-Academic Team. He was also awarded the George R McKeon Award which is named to one male and one female Saint Mary’s student-athlete each year, distinguished both as an outstanding athlete and scholar. As a coach, JC emphasizes the importance of being a high-level student and member of the community in addition to competing and training for excellence. When working with JC, your athlete not only receives a high level of baseball training, but also gains a mentor to help them grow as a person and navigate the challenges presented by college recruiting. JC is available for both catching and hitting lessons at Level Up
To book an hour lesson you have to book back-to-back 30-minute lessons
Sign Up

Jack Anderson has been playing professional baseball for 7 years. He spent the 2022 season with the Kane County Cougars and before that was a member of the Seattle Mariners organization. While with the Mariners Jack was invited to MLB Spring Training twice and was an AA All-Star in 2019. He holds a lifetime 2.93 ERA in the MiLB across 5 seasons playing with and against the best in the world.

In 2016 Jack was drafted in the 23rd round by Seattle out of Penn State University. During his time at Penn State, he set school records for Career Saves, Single Season Saves, and Career Appearances. He achieved All-Big Ten honors among others during his Senior season.

Prior to PSU Jack attended Evanston Township High School and came up through the EBSA program where he bounced between the “A” and “B” teams. In high school he was awarded Team MVP twice and Cy Young once. This is where he built his initial relationship with Coach Joe Knudsen who he has worked with closely ever since.

Jack has a passion for baseball and teaching from the basic mechanics to the advanced mental strategies that have led to success in his career. He prides himself on work ethic, attention to detail, and the relationships he has built.

Kelsey Farmer played Division 1 softball as a pitcher at Lehigh University. During her career at Lehigh, the Mountain Hawks won two Patriot League Championships and qualified for the NCAA tournament. While at Lehigh, Kelsey was a 4-time Patriot League All Academic Honor Roll selection for softball. As a senior, she led all Patriot League student-athletes with a perfect 4.0 GPA in the spring with a double major in Psychology and English.

In high school, Kelsey was named the Pioneer Press Player of the Year, as well as a Chicago Tribune second team All-State and Sun-Times second team All-State selection. She currently holds the New Trier record for career strikeouts (967) and career shutouts (39) and led the team with a .427 batting average as a senior.

Kelsey played travel ball for the Beverly Bandits, one of the top programs in the nation, at the 16U and 18U level. She is now the Executive Director for Trevians Fastpitch softball.

Brandon is an Evanston native going into his 10th year coaching youth baseball. A graduate of Evanston Township, he studied English and Philosophy at Lawrence University while also competing at the Division III level. A majority of Brandon’s playing career was spent on the infield, but he also played outfield and catcher at Lawrence. He is a head coach for EBSA travel during the summer and coaches Level UP fall teams. Brandon has transitioned into personalized skill training at LEVEL UP in the offseason.

Beyond baseball, Brandon’s most valuable skill is his ability to interact positively with youth. A former AmeriCorps member and after-school program leader, his desire to promote learning as well as fun have been a constant.

Coach D’Amato played collegiately at North Central College in Naperville, Illinois. He received a bachelor's degree in Physical Education and a master's degree in Leadership Education.

Coach Gessert has been coaching IHSA baseball (and football) since 2006, he has also coached several northshore travel programs. For the past fifteen years he has been coaching at Evanston Township High School as the Head Sophomore/Freshman coach and oversees the lower levels and player development.  He focuses on developing baseball, leadership & mental skills coupled with growing students of the game to create winning High School athletes. He is also a Physical Education teacher in Evanston with a Masters Degree and National Board Certification in Physical Education and Health.

Will Lucas (LHP) played two years of varsity baseball at Evanston Township HS. He went on to play Division III baseball at DePauw university. Due to COVID-19 Will lost most of his sophomore season and all of his junior season. In his senior season he helped lead the tigers to the NCAC tournament where they finished 3rd in the conference.

Will has been working with Joe Knudsen as a coach and trainer for the past 5 years. He has also been an assistant coach for the Evanston Orange Cats for the past two years. Will specializes in pitching lessons but has experience in hitting as well as fielding lessons for all youth ages.

Hello, I have a long history of baseball experience. I played 4 years at Evanston High School, 2 of those years playing on the varsity team for Joe Knudsen. After high school I continued to play at Lawrence University. After college I continued in a men’s league for 3 more years. I have been coaching baseball and giving lessons for 10+ years. I have been a part of the Evanston travel program since 2009, where I have coached every age and level. I coached at the high school level as well. I was a freshman B coach at Evanston and also the head coach at Rickover Naval Academy. I am currently a school counselor for a CPS high school. Previous to that, I was a PE teacher and athletic director at a pre-k through 8th grade school in Evanston. I have experience in all facets of the game and am able to instruct and teach all ages.

*Sign-ups for private lessons with Richie will be available soon*

Tyler McHolland was an All- Conference catcher at Evanston Township High School. He went on to play college baseball at the Heartland C.C. Where he was the starting catcher as a freshman for the Hawks. After his time at Heartland, he earned a scholarship to play a Central Missouri. After a hip injury and a subsequent surgery cut his playing days short, he decided to coach the next generation of players. Tyler has coached baseball for all ages the past few years, always with the goal to get athletes to the next level. In addition to his baseball prowess, Tyler is a personal trainer and a professional bodybuilder.

*Sign ups for private lessons with Tyler will be available soon*